The Secret Life of Houdini: The Making of America’s First Superhero

END_OF_DOCUMENT_TOKEN_TO_BE_REPLACED

With Leopard only a few days away, what’s the feature you’re most looking forward to getting your hands on? For me, it’s Mail.app. Yeah, I know it sounds lame, but I hear it’s superfast. Not sure if I’ll upgrade on day one, but I doubt I’ll make it to the end of November without a copy. How about you?

END_OF_DOCUMENT_TOKEN_TO_BE_REPLACED P.S. — Major congratulations to Merlin Mann on his upcoming daughter! 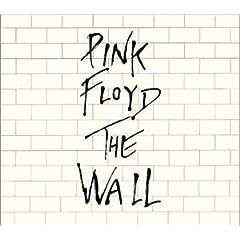 Who would you buy new shoes from? Since my idea of athletics is dialing a phone – surely the guy on the right! With all of these picks over the weeks, which ones have worked out the best for you? For me, it’s TextExpander by far. I started using it for little things like my email signatures, and for that crazy latin that everyone uses for dummy copy on websites. Over that last few months, I’ve filled it up with HTML shortcuts, auto-replies to emails, tons of things – even does most of my spelling corrections.

What’s worked for you?